Sometimes, pregnancy can be accompanied by pain in the lower front pelvis, usually later in pregnancy. The pain is felt at the symphysis pubis, where the two halves of the pelvis 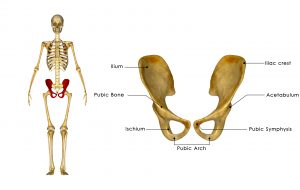 form a joint; this joint does not behave as a typical joint does, it really does not move much at all. However, with the hormone relaxin, all joints in a woman’s body move a bit more than usual including this one, which is especially important during vaginal delivery.

What are the symptoms of Symphysis Pubis Dysfunction?

According to Sioux Falls chiropractors, most often,
Everything You Need to Know About Pregnancy and Varicose Vein
s is suggested by the doctor and the discomfort occurs over the pubic bone in the front, below your stomach, or across one or both sides of your lower back. Some women experience pain in their thighs and perineum. In pregnancy, the symptoms can be aggravated by the baby’s increasing weight, but it may get no worse.

Being in an unbalanced position can make the pain more noticeable such as when:

A chiropractor can assess the sacroiliac joint movement and the alignment of the symphysis pubis. If there is dysfunction, gentle adjustments can correct the problem, restoring normal function and easing the pain. And, with the hormone relaxin circulating, it only takes a gentle adjustment since the joints move easily as shown on Center for Vascular Medicine`s website. It should be noted that there is no pressure on the baby, just precise movements to the mother’s pelvis as needed.

Dr. Wright has had additional training and extensive experience with regards to pregnancy care and has seen this issue resolved many times with chiropractic care. If you have questions, please contact us at 902.444.3303.